Jumpcraft (formerly known as Platform Studio) is a game creation program that makes it very easy for you to develop a game. Very similar to Game maker and Gdevelop. In this post I’ll talk about what makes it stand out, how I got it and the demise of Jumpcraft .

What makes Jumpcraft stand out from the game development bunch?

Jumpcraft is much easier to use than the rest of the aforementioned softwares. In fact it takes very little knowledge to develop a playable game, in fact you can drag random items from the tool box and debug it to have the game running with menus and title screen.

It shouldn’t come as a surprise. It’s originally targeted for schools to teach students how to make simple games. Ease of use was a key factor in design (and in me choosing this software over competitors).

Al thought it’s guided mainly for kids. You can use VB.Net for some “Power coding”. So it has some power under the hood.

How did I get a hold of it?

At that time I was preparing for my graduation project. I chose to make an educational video game and initially tried buying a licensed copy of Game maker. I didn’t have a visa at the time so I had a friend purchase a license for me. But things didn’t go that smooth.
His visa was hacked somehow and the hacker sent us a pirated copy of Game maker. After a lengthily exchange with the bank and YoYo games. Everything was settled.
I came across Jumpcraft and wrote to them about their “flexible” payment options. I suggested to send them the price of the license in a registered letter and they would e-mail me the license when it arrives. So I went to the post office and sent them the sum of 50$ by mail. I got my license after a month and a half of waiting.

The software had no updates for the longest of time. I bought the 3.7 version of Jumpcraft which was released in 2010 according to the license. I emailed them countless times asking for an update and they never responded to my many requests. I even asked for them to open source it or release it as abandon-ware. There was no response from the company.

The forums were taken down due to “spam” related issues. There was no place to ask for solutions or get help what so ever. The only shred of help was the help file bundled with the software.

The “Professional” version came with a photo-shop like program to edit pictures. Which turned out to be an old version of Gimp! Not even supporting single window mode..

I was given the “standard edition” for free. But that didn’t compile or produce an exe file of the game. It was utterly useless. Then when it came time to pay I upgraded from Standard to Professional paying the full price of Professional.

It crashed very often. Trying to create the game became near impossible to achieve. Clicking randomly on the screen caused the ill-fated program to crash like a maniac.

No Linux version, of course

After converting to Linux the software was useless. The development stopped in 2010. I don’t think the developer even heard of Linux, let alone being willing to develop a version for it.
It won’t run when using wine despite of installing all the prerequisites needed for it work.

If you go to the website you will find that it’s for sale. All traces of it were expunged from the web. The only way to actually view the site is to use the wayback machine. You can’t download the standard version (rated at 15$) or anything.
Here is a snapshot if you are interested from wayback machine.
I’ve blogged about something similar in Arabic. When a commercial software is no longer supported.

I don’t regret buying a software to do my graduation project. It will always be a memorable experience.

Update: On the 12th of May 2020 Andrew wrote back to me saying he moved on to other projects and that he doesn’t have time to maintain it anymore. Confirming the dead status of Jumpcraft.

Update 2: On the 4th of May 2021 Andrew open sourced Jump Craft! Details can be found here. 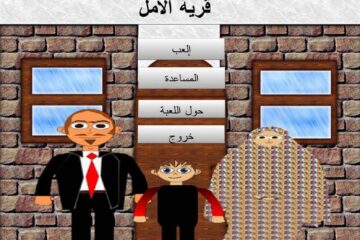