Hey there you guys!
How are you today? I hope you are doing good!
As I am writing this. You will see a lot of “feel” and “felt” being thrown around. It’s that much devotion I have to my writing. I haven’t really used any tools to benchmark the performance. All I used was my “feeling” and of course. Loading times, shall we?

In case you missed it. I like many others, dual-boot. Which means I use two operating systems on my computer. Why I do that you ask? Please refer to my dual-boot path for more. 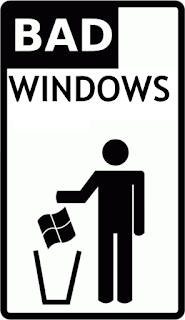 Now I happen to use most of the software I have on both systems. And what I have noticed is: It runs so much better and a lot smoother on Linux than it does on Windows!!

Gimp takes 30 seconds to load on Windows, Linux 10 seconds (With many plug-ins and effects!).

And as I said in the dual-boot path. Windows loads slower. Takes up a lot more resources. Crashes more often. Filled with problems and prone to viruses! 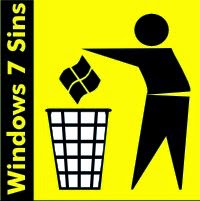 How is it possible that Windows is the most popular operating system on earth?

It’s closed sourced. How do you know what does what exactly? How much of the space is actually used to serve your needs. And what is the rest doing?

Windows is a black box. You buy it as it is. You know what it does but not how it does it. Get this. I don’t think it’s doing it very well.

Windows has matured into a heavy, recourse hungry beast. Whom it’s only purpose is to suck and drain every drop of your pocket. And keep you in need for them.

I don’t feel like the computer is dying just to keep the computer on. Or that powering up is an achievement to be celebrated with several minutes of silence and unresponsiveness. My computer is OK. But Windows expects you to update to a new computer every 10 days or so!

Android is not free

And please don’t say you are an Android person, and since Android is already Linux that means you are all for open source. Android has put more money in Microsoft’s pocket than Windows mobile. Five times that is!

More money than Skype, Windows phone and Xbox combined. And the reason is Samsung -_-

I do feel that Windows is forced and over bloated. Not with features. But with crap!

Have you seen the licenses lately? They offer you basic usage rights as professional. And then put an oversized price tag on it! And call it theirs!!

They prefer you use hacked software than you using Linux! They think it’s cancer. I think Windows is the real cancer.

If I need to occupy 20 Gigabytes of my HDD and need to have a Core I3, 4GB Ram just to open my files. Then we have a serious problem here, Microsoft!!

It’s consuming. It’s useless. And it’s ugly (have you used Windows 8 before?)

You might take from this that I hate. Well I don’t. I respect all code. And think that paying for code is a healthy practice.

I’m against monopoly and taking advantage of people. And piracy is never a solution.

To be continued ..!How did you like this post? Did you find it useful? Please comment below and let me hear what you have in mind.