Life after leaving “the book”

It’s been a few months since I deleted my Facebook account once and fo rall. I felt that Facebook took away my friends and a big part of my life and productivity, but my friends and acquaintances felt differently..

Many of them felt that I didn’t want them in my life, or thought I was being a jerk for unfriending them (take this seriously! People were killed for unfriending some people!) and the general attitude was very unfriendly.

In short, I had no social life (ironic isn’t it?)

I still can’t wrap my head around the fact that some people who have my number, email, know where I live still want to have me on Facebook when they could just call me and get this over with!

I’ve been called a nerd for not having a Facebook account (kind of weird isn’t it) and many people are staying away because I don’t have an account on the site, while there are many social options to choose from. One statement in particular I found really alarming as one of my friends said after I deleted my Facebook I went “off the grid”, so Facebook is the grid now? This friend has my number and knows my website, how can I be off the grid if my blog is active?
I prefer to have real friends, like the ones you had before signing up to Facebook, people to meet and talk to, not some avatar and a couple of likes!

I agree that chat apps help communicate people in an effective cost efficient type of way, I don’t believe that the cost should be one’s life!
I missed out on many announcements and events, because it’s so much easier to create a page than to have a proper website. Where I live many companies and government offices use Facebook to communicate with customers, and to be able to know what’s going on you need to have an account, and from what I saw, people don’t have Facebook accounts, Facebook has people!
It owns them and I simply refuse to be treated that way!
And just for the record, Facebook owns Instagram and Whatsapp.
I say what’s next!!

While my friends and acquaintances continue to live the way Mark wants them to live, succumbing every last bit of detail voluntarily to the site, I remain to be the holdout, while Facebook continues to expand eating away all competition, I’ll be watching it, living it, and not posting about it..
There are tons of chat apps out there where you can chat without being owned.

**An update: Facebook went out for 21 minutes on September the 25th, so many people were lost and confused! 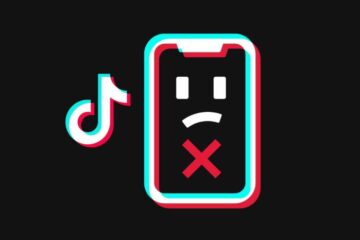