Top ten picks out of the pirate bay bundle

In the year 2014 Australian artist trashymctrashboy created a bundle that consisted of 101 indy games and offered it for free download.

At the time it seemed like a bargain for two main reasons: 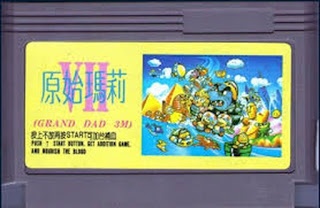 I’ve taken the time to play all the games and filter out the 10 I think that are worth your time.

1. The list is subjective, it’s the games I like or found playable.
2. A lot of the flash games didn’t work on my computer, despite having a flash player installed “Gnash”.
With that being said, lets list out the games. I’ll upload my pack and drop a link at the end of the post. If you are interested in the whole thing, it’s on web archive [dot] com.

But before we look at the good games (in comparison) let’s try to understand the purpose behind this bundle and what kind of games it has?

The bundle was created as an attempt to shine a light on the less known indy developers and share their works as a work of art.

While reviewing this bundle AVGN (the angry video game nerd) came to mind, I found myself shouting some of his catch phrases at the screen.

The games from [A-Z]

1. Abandoned
The game has a dark atmosphere to it and seems really interesting.

This game is very similar to Pacman, only that he doesn’t eat ghosts, he eats pallets and can’t backtrack an empty trail. Has an interesting puzzle mechanisms to it.

4. Connect
A numeric puzzle game.
5. CrissCross
An interesting game similar to battle tank and chip’s adventure. You need to collect keys to get out of dungeons. The keys are inside enemies that you shoot.
6. Ghost Witch
In this game you play as a witch and flight ghosts. The interesting concept in this game is that you play as the witch and her “ghost” to solve puzzles and advance in the game.
7. Konky Dong
In this game you play as Donkey Kong and stop the Mario brothers from saving Pauline. It has a good game play and some backhand humor to it.
8. Nitro butts
A fast paced shooter game. Similar to Atari 2600 games.
9. Old Man Johnson
A puzzle game where you save old Man Johnson from falling to his doom.
10. Snowball
A platform game where you generate a snowball and toss it around, the bigger the ball the better the boom!

Those were the top 10 picks from the pirate bay bundle. To download this pack click on this link.
It’s compressed in .7z for optimal compression.

Did you download the file? Which games did you like better? Let me know what you think in the comments section below.