Over time your system gets overloaded with problems and dead shortcuts, the installations and removal of software, some hidden malware you aren’t aware of. Even with cleaning solutions like Iobit advanced cleaner and Ccleaner. You still have some things you can’t clean. You will notice over time a slower boot and a general drop in performance. That’s time to consider a clean install. 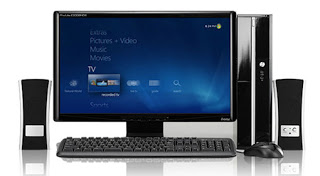 What is a clean install

A clean install is the process of erasing your system and installing it again. It’s clean because all the cruft and mess will go when you format your drive (hopefully not taking away precious data) and it will return your computer’s snappy fresh performance. Much like restoring the factory settings, an option available in the late Windows versions: Windows 8, Windows 8.1 and Windows 10.

But what if your computer isn’t OEM and it doesn’t have a recovery disk? Then you have to clean install your system.

The benefits you will gain from clean installing your computer

I got rid of many unneeded Visual C++

This was somewhat of a problem to me! I had nearly 10 Visual C++ and I couldn’t find a way to remove them, even the pages I looked recommend leaving them as-is. Now all of them are gone!

I used to have Office 2010 demo and it installed hundreds of fonts, and removing them by hand was a hassle! Not to mention the tons of registry cruft left down by MS office.

Every trial is now reset to zero.

Some of the tools I experiment with are trials, after I clean install the system all of them can be used all over again!

Registry is smaller and healthier

It’s all about the registry, as it’s where the program’s data are stored. And when removed it doesn’t gain back the size, even defragging it won’t do much good.

I installed much less software (only the necessities).

I was surprised by the amount of tools installed which of I NEVER use! I try to keep it to a minimum. And use tools that do more than one function. I don’t install Gimp and Inkscape for instance because in Windows I have Fast-stone viewer and LibreOffice draw could do the design work, if it’s more than that I have to use Inkscape.

I recovered even more space

More space as the Windows.old is gone, and other things that I don’t need and can’t clean.When I upgraded to Windows 10 there was the Windows.old folder which is supposed to take you back to Windows 8.1. I then discovered it was just a dummy and had to clean install. I saved a lot of space because of that and because of cutting down my software list.

In theory start-up time should be faster.
And it is faster! It has improved between the old 8.1, Windows 10, and reinstalling 8.1.

I had to copy tons of DLL files to make some games work. And that was a mess! I almost ruined Windows over copying some files by mistake.

As I was doing some PHP work I had to Install the Xampp server on my computer, it wouldn’t work so I had to change a lot of settings to make it work, formatting meant that it went back to default on it’s own!

The first actual clean install I had in a while

These were the benefits I found and could think of, do you have any more benefits to add?
I’m sure that the factory option is also good and will probably do the same good, but my system isn’t OEM and that doesn’t apply to me. If I could get a chance to try that option I’ll make sure to note of it.

How should often to do this reset?

That’s a tricky one! It depends on you mostly, if you have a slow changing system then it won’t be necessary for two years at most. On the other hand if you tend to install and uninstall software a lot. You might want to do that yearly (You will enjoy it!).
Have a nice day 🙂