For many years I’ve hit a wall with games, I thought I’d never be able to enjoy video games again. I’ve even took to Reddit to complain that buying a gaming keyboard and mouse didn’t enhance my gaming experience.  Here is a classical example of me ranting not being able to play as much games as I want to.
But alas! I’ve found my second wind and I’m back to enjoying video games regularly!

Gaming on Linux is a clunky experience to say the least. It feels off, like it’s not supposed to happen. The games are odd and some are unplayable. For the longest time using Linux only meant dropping my entire game library (except for those who were cross-platform).

Having a dual boot or a second device just for gaming was out of the question, and a virtual machine is simply an overkill.

Wine! It can help run many games and programs on Linux. It expanded my options and brought back games that I thought I’ve abandoned forever.

For much older games Dosbox is the way to go, DOS games run on modern software using it. So the pre Windows 7 games are still playable thanks to this tool. 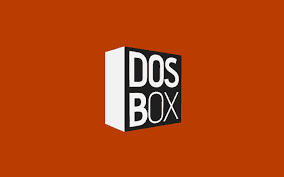 Gnash for flash games, in the late 90s and early 2000s the flash game market was booming with all sorts of mini games and jokes, if you want to relive the moments from that time era you have to have Gnash installed, as Firefox doesn’t run flash games anymore.

Something is still missing

Despite all these modifications and tweaks, it still feels like an archipelago of scattered games with no theme or purpose to them. There is one missing piece of the puzzle. 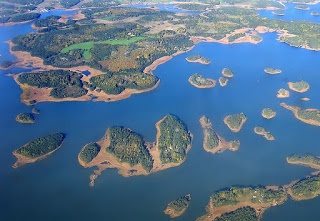 Yes, a great deal of me re-embracing games is having Lutris in my repertoire of tools. There are many reasons for that

1. Lutris collects games across systems in one place, making them easier to find and see.
2. Lutris calculates the time played on each game.
3. Sets the resolution automatically and then sets it back to the system’s resolution after I’m done playing games.
4. If a joystick is connected to the computer, it is automatically recognized thanks to some tools Lutris has (depends on the game itself).
5. Lutris helps install some games from its library.
6. Lutris has useful wine settings embedded in the program itself that help diagnose the game issues.

Now that I’ve listed the software, lets dig in into the actual experience

1. Turn the phone silent, block all social media. If it doesn’t work then airplane mode is the way to go.
2. Use a headset and joystick for maximum gaming effect. A lot of games actually recommend using the Joystick for a better experience, Mario 2012 is an example.

3. Sit comfortably, if you can get a beanbag that would probably be awesome! (I don’t have one yet).

4. Keep it fresh and exciting, I’ve reviewed a bunch of awesome games on this blog, and there are hundreds more that can be downloaded for free.

5. Have fun, don’t over think stuff, don’t force it either. Things are best when they occur naturally.

With these tweaks and tools, the gaming experience on Linux isn’t only possible, but actually rather enjoyable. There are plenty of titles to choose from and good times to spend with games.

Did you find your second wind before? What worked for you? Let me know in the comments section below.