The summer of blackouts

An introduction to a chronic issue

The summer of 2020 breaks a national records of how many blackouts occurred in one year. I lost count at 7 but I am sure it’s around 10 times. All of which has been announced on the official page of the general electric company, and very well documented if I may add.

A culture of “No shame”

In normal circumstances whomever charge for the energy sector would resign in shame following such atrocities (knowing my compatriots that’s not a thing), and you’d expect that they’d be fired. No one is fired.. They are relieved of their duties and rotated to another position within the same organization.. Marvelous.

Just wondering, if our electric company officials had to bow for every outage or blackout, how many life times would they spend bowing?

One thing always boggled me, where do the authorities of the electric company end and the ministry of electricity and renewable energy starts? Is there a practical usage of “renewable energy” in Libya? Is the ministry really just a container for a company? Then one of them is surely redundant?!

The numbers .. They just don’t add up!

Libya is an oil producing company, a member of the OPEC, and has a very low population to space ratio and an even lower population increase percentage (1.5% in 2018); and a population of 6.75 Million people according to Wikipedia. So having a crippling energy crisis seems suspicious even to the best of intentions.

There are a lot of numbers not being presented to the masses.

How much energy is produced in Libya per day per megawatts?

How much is the deficiency in megawatts per day?

How much are the costs and revenues of the sector?

No one knows for sure, all the people know that the hours of power outages are increasing, up to several days at end. With no plausible justification for this lack of competence. The amount of money spent on the sector is in the billions of dollars. With no improvement whatsoever.

A war just ended and everyone is feeling the burn. A year and two months of assault won’t go in a heartbeat. The electric grid has sustained a lot of damage and it would take a lot of time and effort to repair what’s been damaged.
It’s worth noting that blocking the production of oil – the main source of income for Libya- is a major factor in this suffering indeed. (Thanks uncle Hafter, I hope you fry in hell).

It’s been almost 10 years since the uprising in 2011. The situation is at its worse (so far) and threatening to deteriorate even worse. That ironically would make us reminisce about the good old days when we had power for two hours every other day.

I’m just using the hours of not having electricity (or lately the hours of having it) as an index for happiness and misery. 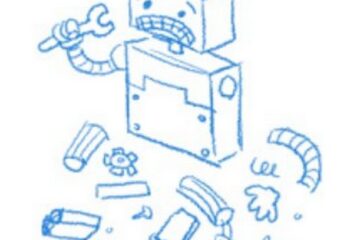