Windows 10 the last Windows to be produced? My take on it inside

Hey there you guys. I hope you are having a good day
As I try to pace myself and post only once a day. But news like this make me break my rules. As I continue to bring the latest update about Windows 10

“Windows to stop producing Windows versions”!! Source
After we confirmed the bold statement. Let’s take a look at what it means? 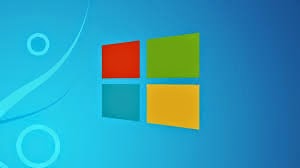 If you thought that Windows XP overstayed it’s welcome.Think again!! after XP there was Vista, 7 and of course Windows 8. And it’s support finally ended in April of 2014. Windows 10 is here to stay apparently. With the company stating that There won’t be a Windows 11. According to the statement. Windows is pushing a new business model that has me feeling my pocket already! What do we know so far is that Windows 10 will be free for all as an update for one year. And that your license has to be genuine. And how the updates will be delivered. It’s supposed to come sometime this year.
Question is:

How will Microsoft make it’s money if it doesn’t force us to upgrade every three years? (Opinion piece)

I have some speculations based on what Microsoft has released so far.

I believe that Microsoft will gain a lot more than selling standalone versions of it’s software, things like:

As I said. These points are of my current perspective based on the information I have now! And my final verdict is to wait until Microsoft unveils it’s plans!
Have a lovely day dear fans. Let me know what you have to say in the comments section below!
Post Views: 2,292
Categories: English PostInstall windows 10MicrosoftWindowsWindows 10Windows 7Windows 8Windows 8.1Windows VistaWindows10