Anyone who follows my blog knows that I’ve been using Ubuntu as a main operating system for quite some time now, 4 years to be specific. To celebrate this anniversary I decided to look back on my journey with Ubuntu so far and share some updates with my readers.

When I took the decision to install Ubuntu on my laptop, my aim was to convert to a free and clean system where I can do what I do best without restrictions (such as proprietary licenses and common malware), while staying productive and without drastic changes in my lifestyle.
The transition was smooth because I did my home work before and most of the tools I use daily are cross platform, so I felt right at home with Ubuntu.

I migrated from Gnome to KDE due to long lasting bug with Lenovo laptops (very specific bug sadly) that prevented me from being productive and threatened to harm my hardware in the long term, Kubuntu has been great so far (despite some issues in the beginning) and I couldn’t be happier.

After settling down with an interface and getting the system to look like exactly like I want it, it’s time to get deeper into the Linux ecosystem, I decided to read more about the origins of the system and learn about the terminal.

Reading The cathedral and the bazaar by Eric S. Raymond was an enlightening read, I now understand the greatness of this operating system better and appreciate it much more, understanding that it’s the collective work of thousands of volunteer programmers from around the world who are making a high quality system, something that seems to be impossible, but it’s happening!

Learning about the shell

My decision to learn about the terminal comes from my feeling that using the GUI (graphic user interface) alone isn’t good enough, I was asked in an interview once if I understood the command line system, and I felt so under qualified! Luckily I got the job and it has nothing to do with Linux anyway!

It’s satisfying to know how to use the command line to achieve some tasks, like driving a car with manual transition or drinking black coffee! And down this line of thought you can say that sticking to the GUI alone is a bit “vanilla”.

There is no fun in just installing / uninstalling different distos and going through the transitions over and over, (known as distro hopping in the Linux world)I want to grow and learn about the system in general and can’t stand staying in one place for a long time.

I feel very blessed being able work on Linux and get to learn about it, and sharing this knowledge with my readers makes me happier!

Have you considered trying Linux? What are you waiting for? It’s been around for a long time now! 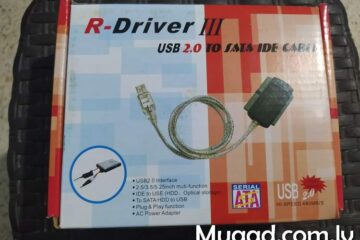