The first post I wrote on this blog was on a Netbook, and one of the most popular posts at the time was about a Netbook, I’ve had one, I’ve loved it like a child of mine, and regretted selling it to this day (I still do honestly, I did so much on a computer that isn’t supposed to do much!).

You never know what you had until you lose it!

Every time I went to a computer store they caught my eye, and whenever someone brings me one of them to fix, I remember the sweet old days with my Netbook, it felt personal and it felt like something I loved to use and create things on.

Browsing through open sooq I came across a Netbook that was reasonably priced, it had a minor flaw (the monitor has dead pixels on one corner, as if the Netbook took a fall), and after a bit of negotiation with the seller, I managed to strike a decent deal.

I tried installing Ubuntu 10.10 Netbook remix, but that lasted for like an hour, nostalgia doesn’t do much, 10.10 is not supported anymore and I couldn’t download any software on it, what a shame!

The typing experience is some of the best I’ve had, it’s bouncy and fast, a bit crammed together but that takes me back! And it makes my laptop feel like a monster! 5 inches make all the difference apparently!

Pros of the deal

Despite the obvious limitations, it would have cost a lot more to buy something off of Amazon and ship it to Libya (I’ll be posting about buying online / shipping soon enough in Arabic), due to the new increase in shipping prices, shipping a standard laptop would cost nearly twice as much as this Netbook! Let alone that I’ve managed to seal a deal on open sooq the day before, so it’s even cheaper in my book!

Hitting two birds with one stone

By swapping out the HDD, I have fixed the issue on my other laptop, and with buying a Netbook, I have a backup that I can take anywhere without fearing it would be lost or stolen, it’s just a device for typing stuff and getting things done,

I remember posting back in the day in my “dual boot saga series”, that I hated having two laptops and I couldn’t choose between them, always favoring one over the other, this isn’t the case.

I wouldn’t sell my laptop for example and keep the Netbook as a main device, that’s silly and unrealistic, the Netbook has limited resources and can do so much, it’s just so good at what it does.

And it’s always nice to have a backup in case the laptop fails for example, or for work (it would be a lot lighter and easier on my back to carry around, also less stressful in the case of it getting lost). 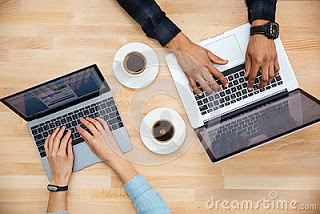 I don’t remember Netbooks being so small! This one is really tiny compared to the laptop I’ve been using the last six years!

Also, it’s hot, I mean really this model has no fan, it uses a heat sink of some sort to manage the heat, and it gets annoying with time (would be great in the winter tho!), I applied some thermal grease and it’s better now, also installing a light resource Linux distro helps.

It was nagging me for years, so I had to do something about it, and here I am back to using a Netbook after six years.

I installed FocusWriter on my Netbook for a minimalistic writing experience, it’s small and aesthetic, and exports files as ODT by default.

Will this allow me to be more productive and write more stuff? Or will it be another failed experiment of mine? I do realize that experimenting is a big part of learning, but I hope I get this one right, for old time’s sake.

Do you have / had a Netbook? What do you think of them? Did this post inspire you to buy one of them little laptops?

Leave your thoughts in the comments section below, and I will see you soon.

P.S.S: A retrospective post was written a few months later, take a look at it! 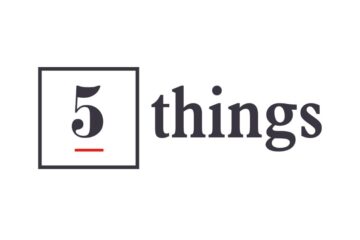