The memory works in mysterious ways sometimes! I could almost swear that my blog anniversary was May 27th, turns out later it’s actually May 24th!! 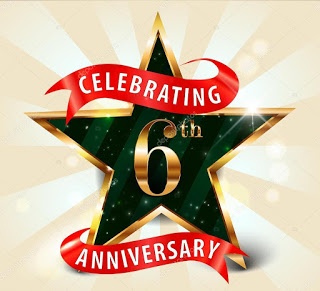 In all cases, I had this post in my mind for months, but I’ve been really busy in May and didn’t get a chance to sit down and write a post, so here goes.

How it all began

Six years ago while working at a dusty old lab in Tripoli university, I came across an issue that I couldn’t really solve, and since I didn’t find a suitable answer on-line, I went into full panic mode until I found a solution. Now many people would stop there and call it a day, but I decided since I had such a difficult time solving this issue, maybe other people are having the same too, and would appreciate to find a solution online, so I started a blog and posted the issue on it (which was mildly successful at the time).

My blog was dedicated to solving everyday technical problems, I called it “Tech Tips Made Easy”, and it was far from perfect, rough around the edges, I made a ton of mistakes writing, but it was on and I had a ton of fun doing it! So I guess that’s what matters!

Evolution of the blog

Over the years my blog took many names, looks and purposes, varying to my current needs and approach at the time, so bits and pieces of that lurked around here and there, dead links and unfinished stories, but eventually I managed to normalize everything and maintain a certain vibe for the whole thing, gradually turning into a how-to blog for Libyan people on various living topics, which proved to be a great way to attract readers.

Taking a couple on-line writing courses was also very helpful, as the quality and length of my posts increased, however  the grammatical mistakes decreased (naturally)! I hope to keep improving as time goes by.

I am really glad that my blog is taking shape and becoming more polished as the years go by, almost mirroring my own evolution as a person.

Things I experimented with

Not too long ago I had a custom domain that I bought from LTT, but I soon realized that hosting a free blog on a paid domain wasn’t all that, and that I could do most of what I did before (and some better) on the free domain hosted by blogspot.

I also made a Youtube video to celebrate reaching 100,000 viewers and I had a shortly lived podcast series hosted on Soundcloud.

One thing I tried and didn’t payoff yet was Google’s own Adsense program, I made 5$ last year and just 1$ this year, so I think this idea is a fail so far!

I added a Disqus widget for comments for a few months, but that didn’t help attract more comments, quite the opposite!!

Last year’s anniversary post was in Arabic, the only one to be posted in Arabic.

An important thing was fixing how some of the blog posts looked, mainly because I wrote in Libreoffice and imported to the blog right away, it took time but the blog posts are cleaner and much more readable.

I have created a new Facebook profile for the sole purpose of  managing a Facebook page for my blog, in hope of attracting more traffic.
I added 5000 people and turned my profile into a page, two years later I can admit that the idea failed horribly…
I should have stayed away from Facebook and kept true to my principles.

I don’t post as much as I did before, during my prime in 2015 I wasn’t working and had plenty of free time on my hands, now I have more responsibility and find that coming up with fresh topics that people would be interested in is becoming more difficult, as I said in a previous post, I don’t want to blog about the current situation in the country anymore because it’s very depressing.

Perhaps I need a new creative process? Because my current one isn’t very fast!

I’ve managed to reach out to many people here in Libya by addressing what’s going on and ways to deal with some situations, also I had several of my posts translated by Mrs. Angelika Gutsche to German. I get a lot of e-mails through the “contact me” link on top, and one of them was a job offer!

Where do I stand currently?

What does the future hold?

To a great deal I achieved my goal of blogging, to me it’s a place to speak my mind and try to help other people while doing it. I don’t think I’ll be as active as before, but I’ll do my best to chime in every now and then with whatever I find suitable.

Thank you for reading this update, I hope we continue this journey together for many many years.

What do you think of this post? Do you have an active blog? Let me know what you think in the comments section below. 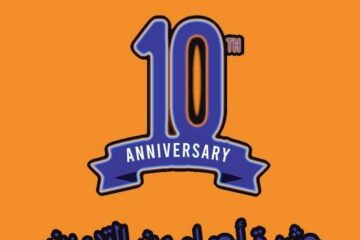